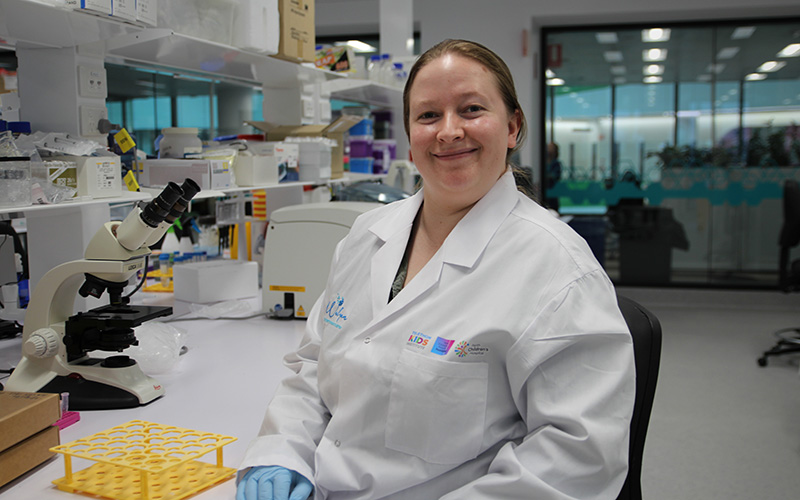 In a world first, Perth researchers have found that breathing in air polluted with exhaust fumes from some of the most popular biodiesel fuels can be more harmful to children than exhaust from commercial diesel.

Led by Wal-yan Respiratory Research Centre and Curtin University PhD student Katherine Landwehr, the study wanted to examine what impact the exhaust fumes from biodiesel-powered engines could have on children’s health.

“People are becoming more environmentally conscious and in recent years the demand has increased for cars and fuel that is better for the environment,” Ms Katherine Landwehr said.

“We know from previous research that air which contains diesel exhaust is not healthy. Diesel is classified as a Class-1 carcinogen and long-term exposure to diesel exhaust fumes has been linked to several diseases including cancer.

“Biodiesel is promoted as a sustainable replacement for commercial diesel, but we wanted to understand what impact the various types of biodiesel could have on our respiratory health, specifically children’s health.”

Biodiesel is a collective phrase for different types of fuel created from various oils or fats. This study examined six of the most common biodiesels available: soy, canola, waste cooking oil, tallow, palm and cottonseed.

The study, which was published in the Journal of Hazardous Materials recently, used cultures of more than 2 million airway epithelial cells, collected from healthy WA children. In a lab environment, the cells were exposed for a short time to conditions that simulated breathing in air from a well-trafficked street where the cars were fuelled by these biodiesels.

Ms Landwehr found that tallow (beef fat) was the most different to diesel and the most toxic of those tested, where the airway cells showed signs of poor health including adverse immune responses and in some cases cell death. This was closely followed by the palm and soy biodiesel results.

The findings are alarming because the cells had a range of serious negative health impacts - Ms Landwehr said.

“Several of these biodiesel types are already produced in Australia, and all of them are currently in use worldwide.”

Associate Professor Larcombe said this was the first time any study had compared the health effects of exposure to such a wide variety of biodiesels.

“Of great concern is that toxic effects were identified when airway cells from healthy WA children were exposed – the effects are likely to be even more severe in children and adults alike with existing lung conditions like asthma,” he said.

“Children are particularly susceptible to the effects of inhaled pollution like biodiesel exhaust as their lungs and immune systems are still growing and developing.”

The study also looked at the ultrafine particle count (which has been linked to poor health outcomes) produced by the six biodiesels.

“When burnt in an engine, commercial diesel produces significantly more particles than petroleum and these particles are generally smaller in size. Up to 90 percent of diesel exhaust particles are considered ultrafine and it is these microscopic particles that are so tiny they can’t be properly filtered out by our lungs and end up entering our bloodstream – which you don’t want,” Ms Landwehr said.

All of the biodiesels we studied contained more and smaller particles than commercial diesel, which is concerning because higher ultrafine particle concentrations are associated with a range of adverse health outcomes including increased risk of cardiac events, stroke and asthma – and they can even impact unborn babies.

Canola was the only biodiesel option tested that had fewer health impacts than commercial diesel.

“The cells that were exposed to canola biodiesel exhaust were in better health than those exposed to diesel and tallow,” Ms Landwehr said.

“Waste cooking oil – which was mostly canola oil – also had a similar result. This is promising as it is thought to be one of the most environmentally friendly options given it is a waste product of an existing industry.

“Even though these two options are promising, we still need more research to better understand the effects of long-term exposure, as well as the health impacts to other systems in the body, such as the nervous system.”