What is antimicrobial resistance (AMR)?

AMR occurs when bacteria develop ways to resist antimicrobial medicines (which include antibiotics). They can do this by (i) developing new, or (ii) changing existing features that would normally make them sensitive to antimicrobials. These resistant bacteria then grow causing very bad and uncontrolled infections. There are limited medicines to treat these bacteria, and sadly the consequences can be deadly.

The World Health Organisation (WHO) has named AMR as one of their top global health priorities, which they predict will cause over 10 million deaths every year within the next 30 years if nothing is done.

Who can be affected by AMR?

AMR can affect anyone. However, certain groups of people, including those with Cystic Fibrosis (CF), Chronic Obstructive Pulmonary Disease (COPD) or those who are immunocompromised (chemotherapy and organ transplant recipients) experience many recurrent bacterial infections. Treatment of these infections with multiple courses of antibiotics over a long time period makes it more likely for resistance to occur in these individuals. 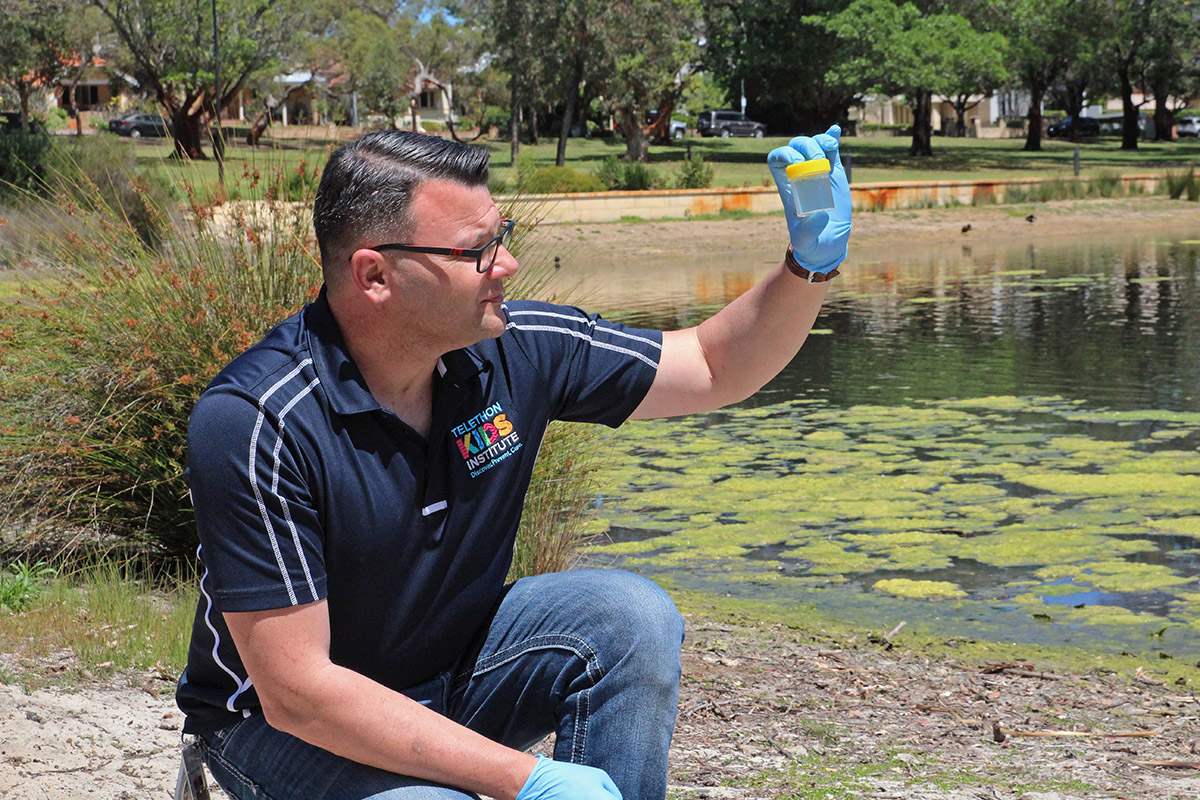 Bacteriophages (phages) are specialised viruses that only kill certain bacteria. They can be found everywhere in the environment, including in waterways and soil.

As humans become more affected by antibiotic resistant bacterial infections, phages can act as “superheroes” in a world where they might have been considered to be “bad guys” just for being viruses. There are millions of different types of phages in the environment; the more we collect and understand how they work, the more bacterial infections we will be able to fight.

Phages are collected and stored in a “phage library”. Researchers from Wal-yan Respiratory Research Centre have built a large phage library, with over 2000 phages specific to several types of bacteria including Pseudomonas aeruginosa (P. aeruginosa), Staphylococcus aureus (S. aureus), Burkholderia cenocepacia (B. cenocepacia), and Acinetobacter baumannii (A. baumannii).

Phages bind to the surface of bacteria and inject their genetic material (DNA or RNA) inside. They then use the cellular machinery of the bacteria to make more clones of themselves, resembling a mini army inside the bacteria.

When ready, they burst out of the bacteria causing their death. The newly formed army of phages then infect surrounding bacteria, repeating the process until all bacteria are killed.

What is Phage Therapy?

Bacteriophage (phage) Therapy is the treatment of bacterial infections using specific phages. First, the bacteria causing the infection is used to identify which phage/s from available phage libraries can treat it. When matching phage/s are identified they are cleaned thoroughly so that they can be safely given to humans.

Different phages can be combined in a mixture called a phage “cocktail” which is then delivered in different ways depending on where the infection is, including by needle (intravenous), topically (applied to the skin) or by aerosol (nebulisation).

Here in WA, we are working towards running a large phage therapy clinical trial for people with antimicrobial resistant lung infections. However, we would love to hear from you even if you don’t have a lung infection that is caused by AMR bacteria. If you would like more information on The Wal-yan Centre’s work on phage therapy please email PHAGE@telethonkids.org.au or click here to register your interest.